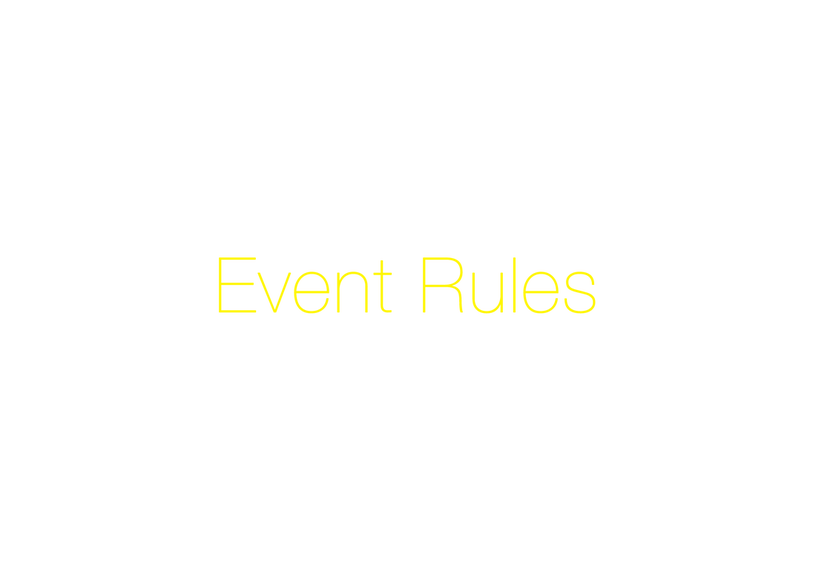 Timed Game.
A game played until pre-determined time limit expires or all opponents are eliminated on one side. If time expires, all remaining players are counted. The team with most players remaining wins the game.

The Rush.
The Rush occurs at the beginning of each game or reset.
Upon the official's signal, both teams rush to center court and attempt to retrieve as many balls as possible.
A team may rush with as many or as few players as it wants, but at least one person from each team has to Rush.

Outs.
player shall be deemed "out" when a live ball hits any part of the player's body, clothing, or uniform.
If a player is hit by a live ball rebounding off another player or ball lying on the court.
A defending player catches a live ball they have thrown
Players shall return from the Queue in the order they were put "out" (i.e. first "out," first “in").

Blocking.
Players can defend themselves by blocking the ball in flight with another ball but must retain control over the ball they are blocking with. A player dropping or losing possession of the blocking ball is deemed "out."
Any blocked ball rebounding off another ball is considered live. Any player hit by the rebounding ball is deemed “out.”
If the blocked ball is caught by another team member, the opposing player who threw the ball is out.

Out of Bounds Rule.
If any part of the player's body touches the endlines or far neutral zone line, the player shall be deemed "out".
Momentum may carry a player out of bounds while making a catch. Providing control of the ball was established prior going out of bounds.

Sacrifice Fly.
An airborne attack, where an attacking player may legally cross the neutral zone to hit an opponent but the ball must leave the attacker's hand before any part of the attacker's body touches the opponent's territory. If successful, the player hit is out and Attacking player remains in.

Headshots.
A headshot occurs when a player is hit directly in the head by a high thrown ball.
Any thrower committing a headshot will be deemed "out."